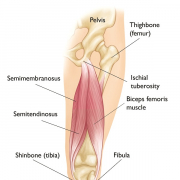 Hamstring tears and strains are incredibly common injuries. In athletic populations they account for over 15% of all injuries, with re-injury rates being reported between 12-63% in some studies. The Hamstring is made up of three muscles: 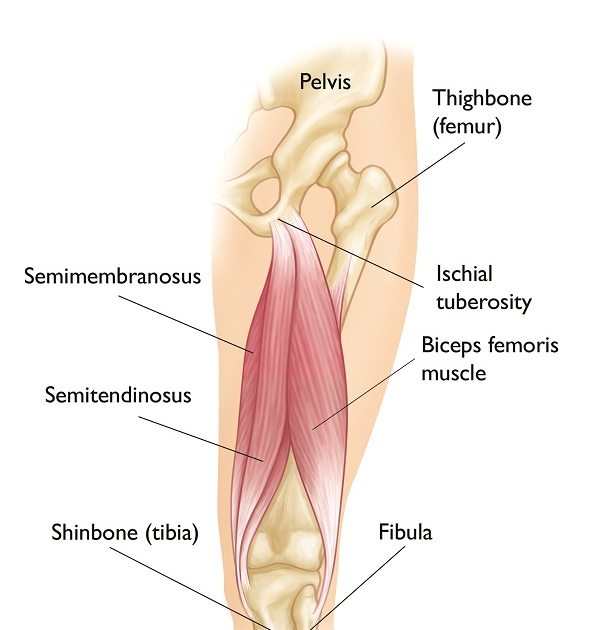 The majority of hamstring tears occur during high speed running. The remaining typically occur from a stretching mechanism. Combine the two (e.g. in a footballer), then you have a recipe for higher hamstring injury rates.

Now that we are in the middle of the winter sports season, hamstring injuries are a common presentation at Robina Physio on The Gold Coast. It has been shown that hamstring tears and strains can occur up to three times more often during a football season. In a football team there will typically be 2-3 hamstring injuries per season, with each player potentially missing between 2-8 weeks to recover.

A common way that acute muscle injuries are defined is to split them into 2 categories.

The location and the tissues involved are also key factors in categorising muscle injuries. In summary a muscle injury can occur in the muscle belly, musculotendinous junction or in the tendon structure itself.

Hamstring injuries come in a variety of types, shapes, sizes and locations. Subsequently, 2 people suffering with a hamstring tear at the same time may have vastly different recovery rates. As expected, injuries on the severe end of the spectrum take longer to recover (e.g. structural muscle disorders). But any injury involving the tendon structures are notoriously problematic, taking significantly longer to heal. Therefore, if the injury site is higher up the thigh then it will typically take longer to recover. 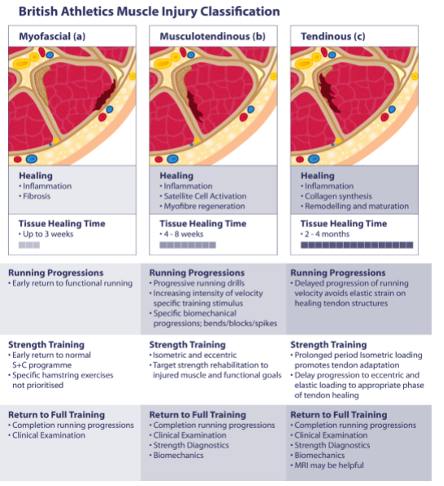 Like many medical condition/injury prevention is far better than cure. Thankfully there is one specific exercise that can be easily incorporated into your training routine, it’s called the Nordic Drop Out. Doing this one key exercise as 3 x 5-8 reps twice weekly has been shown to reduce acute hamstring injuries by up to 51%. 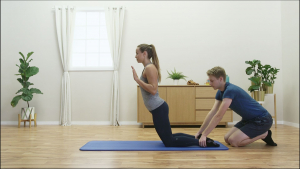 In the event of a hamstring injury the Physio’s at Robina Physiotherapy on the Gold Coast use the latest evidence-based practice to guide our treatment protocols. With the right care from our expert Physio’s recovery times and re-injury rates are drastically reduced. Using a peer reviewed and renowned rehabilitation protocol that has been shown to reduce re-injury rates to a mere 0.53% we can have you running again pain free as soon as possible.

The Physiotherapist’s at Robina Physio on the Gold Coast are here to help with any of your muscle injuries. Contact us on (07) 5578 7233 or BOOK ONLINE.